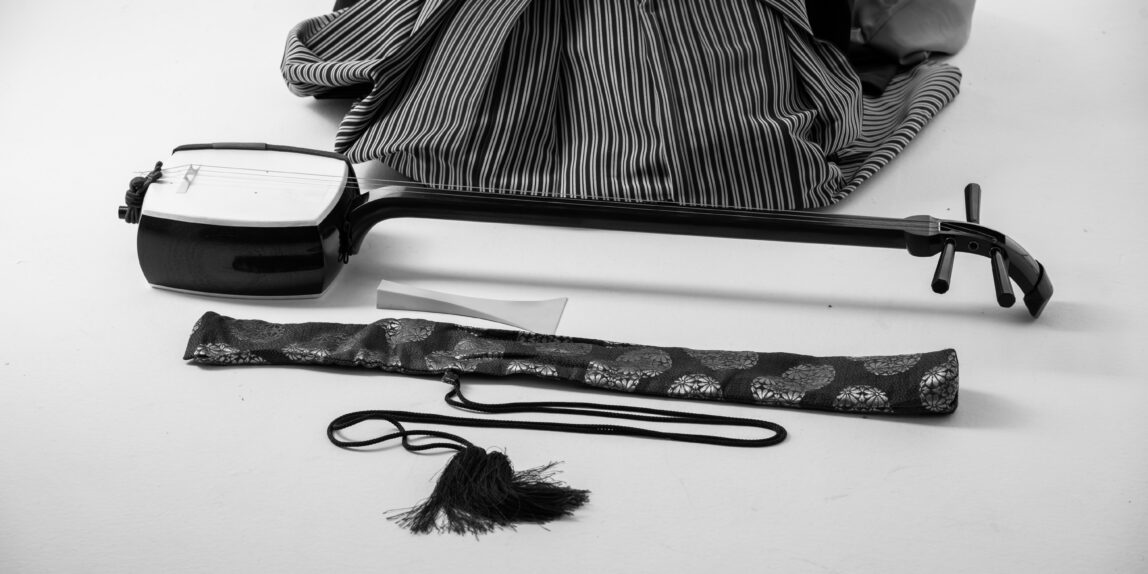 ”A Shamisen Orchestra” project was created by Paolo Cotrone in 2018 from his desire to never stop discovering the beauty of things.

Starting as a Guitar player, he studied under many teachers, learning about the beauties of music, from his father and his father before him. In his road to growth he also had an encounter with many other instruments, such as the Drums, who gave him inspirational freedom of composition. It was just in 2014 that he discovered the Shamisen, a Japanese stringed instrument descended directly from the Sumerian times, more than 6000 years ago. He felt a deep bond between him and that culture, so he started studying it by himself.
It was just a year after that he found his Teacher, Mariko Ohno of Kine-Ie Kai. With her, he managed to discover the secrets of the plays and songs of the Japanese Traditional Theater and Music (Kabuki and Nagauta).

In May 2019 he Graduated at Kine-ie Kai in Tokyo as the first European Natori (Holder of a Japanese Stage name), becoming 杵家弥蝶ノ嵐 (Kine-ie Ya Cho no Ran).

He’s always looking for a way to develop his own way of composing and playing, merging different arts and different cultures in his works, alone and with other artists.